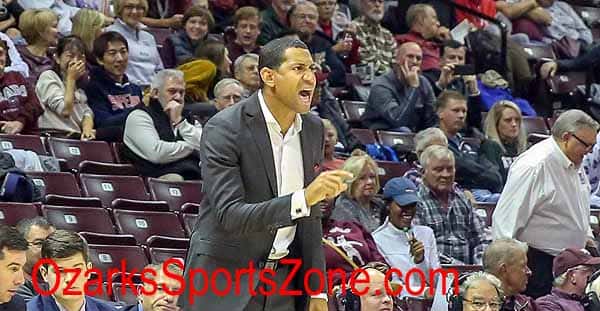 SPRINGFIELD – Tulio Da Silva scored 12 of his game-high 14 points in the second half to help lift Missouri State to a 65-52 come-from-behind win over visiting Evansville here Tuesday in the Missouri Valley Conference opener for both squads.

Lamont West and Isiaih Mosley also poured in 13 points apiece to help the Bears’ cause.

The Bears made just seven of their first 22 shots to start the afternoon, while Evansville used runs of 10-1, 8-3 and 7-2 to take a 30-17 lead with 2:20 left in the opening half. But with just under two minutes remaining before the break, Mosley splashed home his second 3-pointer of the opening stanza to put a dent in the deficit. Tyrik Dixon then stole the ensuing inbound pass and converted a quick layup to whittle MSU’s deficit to 30-22.

Both teams would add a free throw before the intermission to give the Aces a 31-23 lead at the halfway point, but Missouri State came out throwing haymakers in the second half.

The Bears used a 13-2 run to open the final period, paced by seven points from Da Silva and four from Mosley in the first five-and-a-half minutes to put the home team back on top.

Sam Cunliffe tied the game, 36-36, two minutes later, with Evansville’s only 3-pointer of the second half, but once again the Bears shrugged off the jab with combinations of their own. Over the next four minutes, Missouri State reeled off a 15-4 outburst that started with a dunk by Da Silva, a put-back by Josh Hall and back-to-back triples from Lamont West. By the 7-minute mark, Da Silva’s traditional 3-point play gave the Bears a 51-40 lead, and the Aces would get no closer than nine the rest of the way.

MSU closed out the win with solid play down the stretch with a 3-pointer from Keandre Cook, two field goals apiece from Gaige Prim and Dixon, and an acrobatic shot off the glass by Mosley in the final 5:32 to keep the visitors out of reach.

Cook, West and Da Silva snagged 6 rebounds apiece to lead the Bears, while Dixon dished out a game-high 4 assists with no turnovers. West, who was 3-of-7 from 3-point range, matched a career-best by knocking down a trey for the 11th straight game. In his first career start, Mosley played a game-high 36 minutes and finished 5-of-11 from the field, including 2-of-3 from long range.

It was the 11th time in 14 games the Bears had out-rebounded their opponent.

With the win, Missouri State improved to 6-1 at home this season and overcame their largest margin since turning around a 14-point, second-half deficit at Bradley on Jan. 12.

After a two-game Valley road swing at Loyola on Saturday and Illinois State (Jan. 7), the Bears return to JQH Arena on Jan. 11 to play Northern Iowa at 3 p.m. Tickets for the UNI game, and all home contests, are available at MissouriStateBears.com, or by visiting the Old Missouri Bank Box Office at JQH Arena, (417) 836-7678, during regular box office hours. 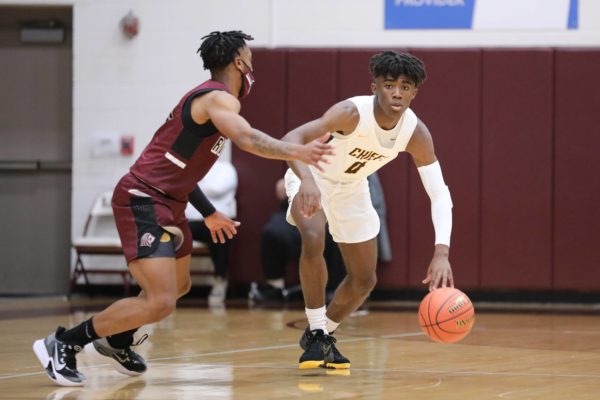