By Cody Thorn (For OzarksSportsZone.com)

ST. PETERS, Mo. — Glendale finally swam in a different pool for the first time since last November, back at the Rec-Plex in St. Peters.

The results were the same for the Falcons, winning a Class 1 MSHSAA Swimming Championship but to earn the repeat they held off a charge from Mary’s Institute-Country Day School from St. Louis.

Winning the championship in the 400-yard freestyle relay capped the championship for the Falcons, giving them 297 points, while MICDS finished with 266 after taking second in the same race.

Halfway through the event, the Falcons were chasing the Rams, but depth and state titles – and a state record to boot – helped Glendale surge back to repeat.

“They have a ton of really young and incredible talent, their team is something else,” Glendale senior Colin McNew said of MICDS. “But we were able to press it out and prove we were better. Last year’s championship we had Cape Girardeau Central, a big powerhouse, we were looking to take that off. We went into this year with a little bit of a target on our back. Honestly, for me personally, it motivated me more to prove last year we didn’t win last year on a fluke.”

Due to COVID-19 limitations, the only place Glendale swam this year was at home. The only teams they saw were from Southwest Missouri, so coach Steve Boyce used Direct Athletic often to compare his teams times to that of swimmers from St. Louis and Kansas City.

“All year our goal was to win the state meet,” Jasinski said. “Every day we get in the pool, we worked hard, knowing the work would pay off. It was weird competing against only Southwest Missouri schools but it made us mentally stronger. We were able to swim fast without competition so when we came here, we were able to go ham and dominated.”

After six events, Glendale trailed 126-112 to MICDS, but had three all-state performances in the 100-yard freestyle giving the Falcons the lead for good, though the Rams were always close.

Junior Michael Jasinski won the state title in 46.20 seconds, followed by junior Luke Chadwell in fifth and senior Jack Beatty in sixth place. The deficit turned into a 21-point lead.

From there all-state medals followed in the remaining five races.

“We knew going in … you can look at the heat sheet and we knew the 100 free was going to be a big event for us,” Boyce said. “That was the opportunity to take the lead and hold on. We knew our freestyle relays had a chance to win and as long as you win relays you are moving ahead of everybody.”

McNew took fifth in the 500 freestyle (4:48.7) and then the 200 freestyle relay team won a state championship and set a Class 1 record.

Senior Eli Andrews, McNew, Beatty and Jasinski finished in 1 minute, 26.70 seconds, besting the mark held by Cape Girardeau Central of 1:26.73 set in 2018. Jasinski closed his final lap in 20.57 seconds and rallied past Smithville for the win. Smithville finished in second at 1:26.76, though the scoreboard initially showed the Warriors winning the title.

The 40-point boost was aided by 30 points in the next event, the 100 backstroke. Junior Trey Flouer was third (53.15) and Chadwell (53.60) placed fifth. Andrews took fifth in the 100-yard breaststroke, giving the Falcons a 25-point lead going into the final race.

“I told them they had to go under 3:10 to win it and they got 3:09,” Boyce said of his relay. “Boy it was fun to watch. We saw people lead off with big stars on the front end and we had to do some chasing. That is why it is a relay and it takes four guys to make it happen.”

Glendale won the 400 freestyle title with McNew, Flouer, Chadwell and Jasinski winning in 3:09.27.

“I couldn’t have done that without all three of my teammates,” Jasinski said. “Colin got us off to a good start. Trey started to run them down and Lucas made a ton of ground up and he gave it to me. It feels really good to win the meet, but win the final event.”

Jasinski’s quest for a perfect day in gold medals came up short in the 200-yard freestyle. It appeared that he won the race ahead of MICDS’ Lee Naber but ended up getting the close win, 1:39.62 to 1:39.72.

With a bevvy of all-state medals around his neck, Jasinski will use the close loss to drive him.

“I’m happy with all of my races, just wish I could’ve gotten my hand on the wall first,” he said. “I will look back on the meet, watch the video and see where I can improve and go into club swimming with the mentality of trying to redeem a loss.”

The Falcons got a runner-up finish from Evan Riley earlier in the day as the sophomore was second in the diving competition with 444.35 points.

He battled with Webster Groves’ Bennett Loving throughout the competition. Riley led after prelims by nine points over Loving, but then trailed by five going into the semifinals. On each of his final two dives, Riley moved into first place only to have Loving out do him and regain first place.

“I’m a little disappointed; I was feeling I could catch up,” said Riley, who was seventh last year at the state meet, of battling Loving. “It is nerve racking, because you feel if he messes up, you know you could win it. I was thinking, I’m done now and I will take what I got.”

McNew placed fourth in the 100 freestyle that Jasinski was the runner-up. Other all-state performances came from Beatty in the 50 freestyle (fourth), while the 200-yard medley relay team of Chadwell, Andrews, Flouer and Beatty placed third.

“They focused on winning this title all year,” Boyce said. “They did a great job last year of giving themselves a shot to win it and this was a goal from Day 1 this year. They put the work in the pool and it was almost like a business trip. Today, I said, let’s make it a business party. Have fun and swim great and they did an awesome job of that.

“It came down to six guys that scored all of the points in the swim and Evan scoring in the diving was a big boost. It sure made it exciting for us all the way through.”

In the 50 freestyle, Camdenton’s Gavin Schulte was third and gave the area three all-staters when Beatty’s fourth is added.

Nevada was 15th in the standings behind Hines’ medals.

The area’s only other Class 1 all-stater was Logan-Rogersville’s Caden Hendee, who took sixth in the 100 breaststroke.

Chrestman, a senior, was the runner-up in the 100 freestyle (47.51) and 50 freestyle (21.55). Each of those featured something different. In the 50, he tied with Lee’s Summit North’s Kyle Forlow, despite the two being three lanes apart. In the 100 freestyle, SLUH’s Eli Butters won the championship but was later disqualified for leaving the blocks too early and the finishers all moved up a spot. 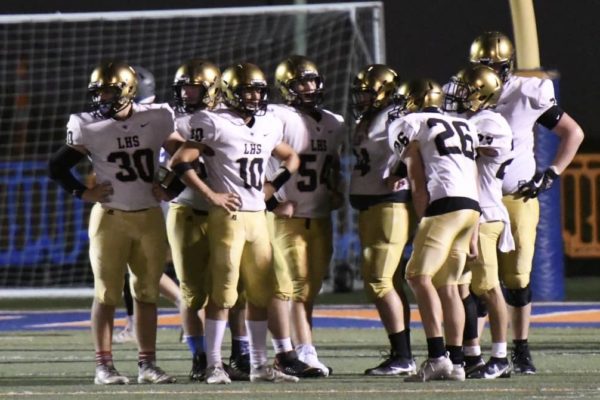 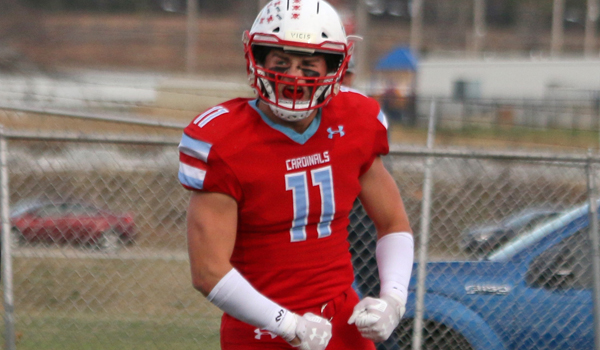 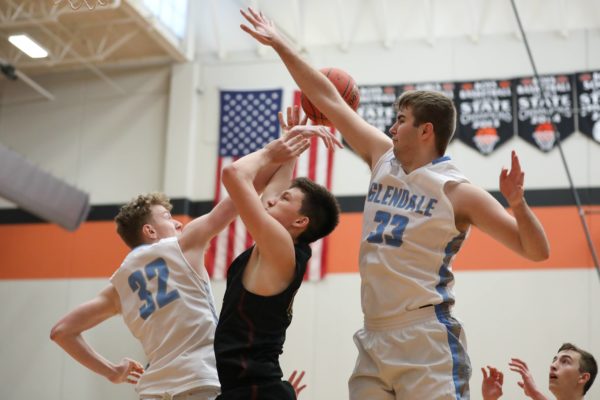