Willard went 7 minutes, 32 seconds without a point in the first and second quarters, and Republic built its first double-digit lead at 12-2 during Willard’s woes. It was not until the fourth quarter that Willard put together a quarter where they scored more than 10 points.

Republic never trailed, there was not a single tie and the victorious Lady Tigers led by double-digits for the entire second half.

It all started with Republic’s defense.

“I was real impressed,” Republic head coach Kris Flood said of the Lady Tigers’ defensive performance Thursday. “That’s what got us over the hump there. We were having trouble scoring there, but we were able to contain them and hold them. They were basically one-and-done on their shooting and I thought the whole game, we played well defensively. The kids executed and it seemed like they were focused on that part of it. I thought the shots they (Willard) were getting, they were contested, so they were tough shots. We were getting the rebounds and it finally opened up for us (offensively) and we extended the lead. We shot free throws extremely well tonight. This game was won with our defense, there’s no doubt about that.”

“We knew they were going to get after us on their side defensively,” Flood said. “The first time we played them, we didn’t really handle them. They got physical with us and we didn’t handle that well. We knew we had to shoot the ball better. We knew we had a terrible night shooting. We knew we had to have better shot selection. The first three quarters (tonight), baskets were hard to come by for both groups, but we had enough. We were out physical-ed that first time and I felt like tonight, we maintained a little better and took care of the ball more. We had to play better on the defensive end and we did that.”

Postseason runs are not anything new for the Republic girls basketball program — 10 district titles over the last 12 seasons — and the Lady Tigers defeated Willard 39-35 for the District 12 title last season. In fact, Republic defeated Carthage in the district semifinals both seasons.

“Several players on this team went through critical parts of that Final Four run last year,” Flood said. “It’s not like they’re strangers. I think they’ll handle the situation when it comes to it and hopefully, we’ll put another game together and see what happens. Just happy to be playing on.”

Republic improved to 19-9 overall and the Lady Tigers are 9-2 over their last 11 games. The Lady Tigers will face District 11 champion Kickapoo (18-10) in the sectional round Wednesday at Webb City’s Cardinal Dome. Republic defeated Kickapoo 55-46 in sectionals last season during its run to the Class 5 Final Four.

Earlier this season, Republic defeated Kickapoo 55-51. In that hotly-contested game, Republic used a 9-0 fourth quarter run to build a little separation from Kickapoo. Before that, though, the teams exchanged the lead 11 times during the second half alone. Kaemyn Bekemeier led Republic with 16 points and Jazzy Kirby added 12. Indya Green scored a game-high 18 for Kickapoo.

Playing in her first district championship game, the freshman Bekemeier netted a game-high 24 points and she had more points than the entire Willard team at halftime (15-11) and entering the fourth quarter (19-17).

In the loss against Willard, Bekemeier scored a game-high 28 points, but no other Republic player had more than six. However, on Thursday, junior guard Savana Powell-Goodman contributed 13 points, 11 more than what she scored the first time against Willard. 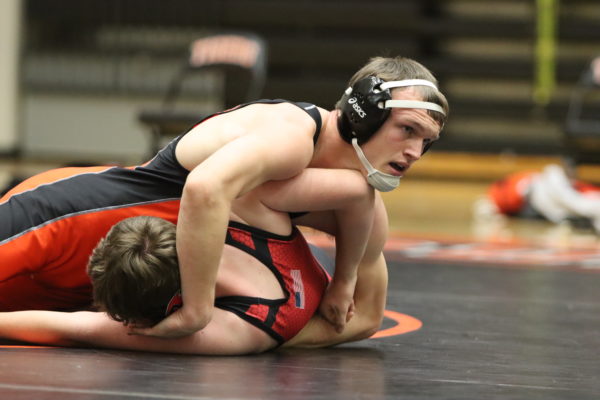